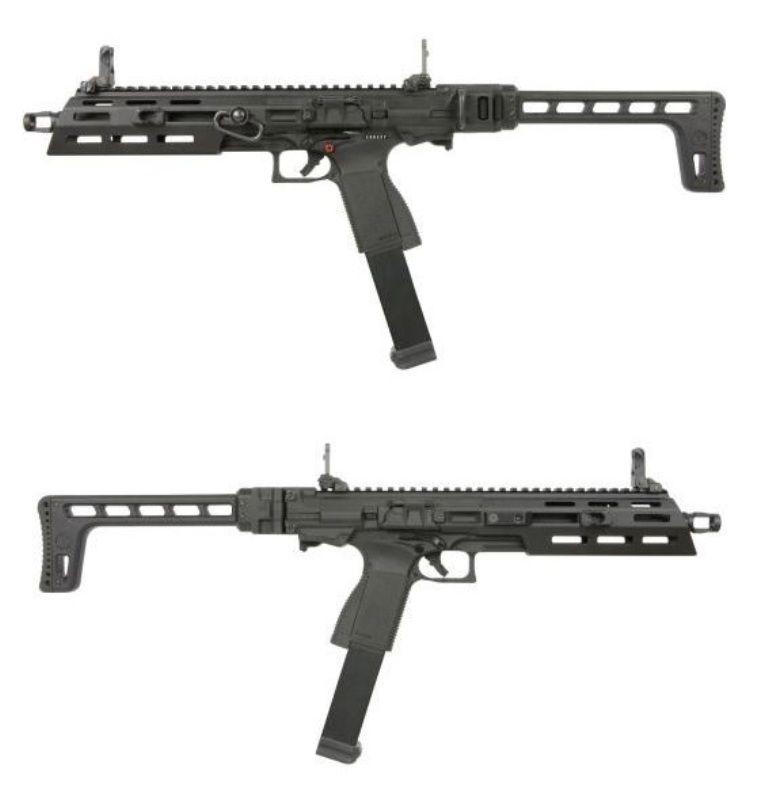 If you've got a thing for pistols in body kits, this gun probably already has your attention. This gun is based on the G&G GTP-9 gas blowback Airsoft pistol, but with a complete replacement upper receiver to make the ultimate CQB carbine with plenty of kick, noise, and performance. If you think this is just another Gas Blowback, you're mistaken, this is going to change your CQB game.

Based on the GTP-9 Pistol with a customised upper receiver

Adjustable hop-up for range and accuracy

When rebuilding the gun after splitting the lower and upper for cleaning make sure the hammer is down or it will get in the way. Simply push it down until it clicks, then rebuild the gun.

This gun performs best in semi auto or short bursts any more than 4-5 rounds fired at once causes an extreme loss of range.