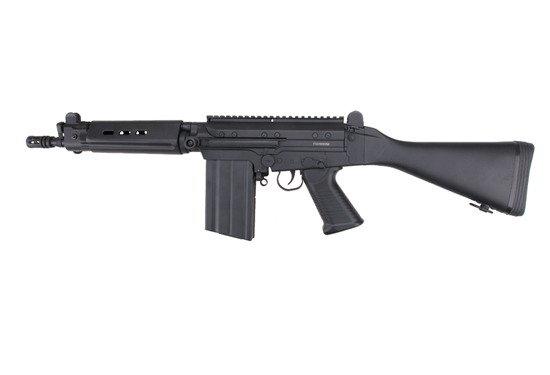 A replica of one of the versions of the legendary assault rifle which was issued by the majority of the NATO countries during the Cold War period.  Made with high precision and attention to detail by the JG company – it is an interesting alternative for the shooters who are bored with the replicas of the weapons which are the standard issue of the American or Russian army. The materials used in the production process and the proper fitting of the elements make that the replica is free of lose spots and the whole construction is solid and firm.

The replica is equipped with an electric blow-back system what significantly increases the realism and the pleasure of its use.