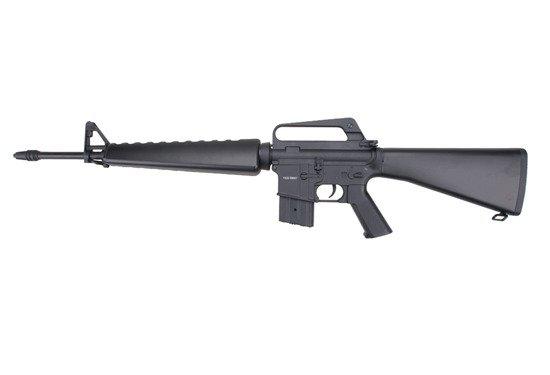 The 510mm long barrel ensures a high precision of shots what in combination with the muzzle velocity of about 400 FPS makes the replica a precision weapon which is perfect for a frontline assaultman or for a sharpshooter. The barrel is ended with a 14mm counter-clockwise thread which allows the mount of a sound suppressor. The front grip, just like the carrying handle, is typical for the A1 version of the rifle.