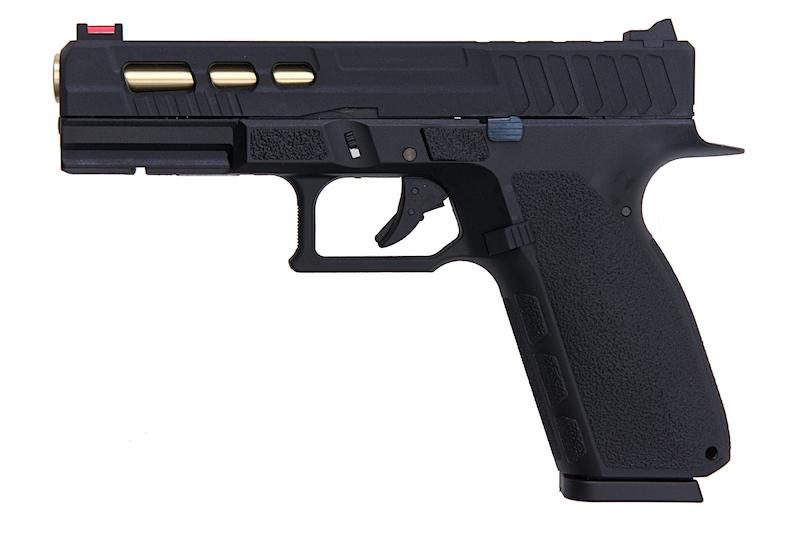 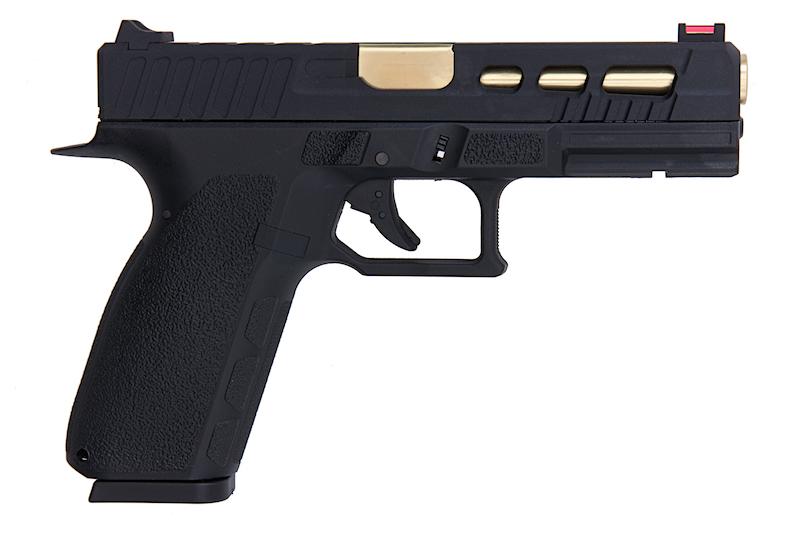 The KP-13-C features a stylish pistol frame has been known for years before the introduction of the similar pistols that uses polymer body; automated safeties built into the trigger were known from the 1930s (Sauer Model 30 pistol), and pre-cocked firing pins from the first decade of the 20th Century (Roth-Steyr M1907).The rounded-shaped grip of the typical full-size KP-13-C is of a comfortable and ideal shape, at least for many shooters. The aggressive cuts on the slide help with racking the slide with efficiency.

Combining excellent mechanics with the authentic-looking aesthetics of the exterior. As you would expect from KJ Works, this is a well-built gas blowback pistol, which is mechanically and physically very solid. Hard-kicking blow back system makes you feel pleasant to shoot it. Internal hammer system allows the gun to be pre-cocked for instant shooting. The trigger design means that accidental discharge is prevented unless you deliberately pull the trigger with your finger. One of major changes i features is a steel slide which allows a stronger recoil from every shot.